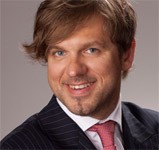 A partner, co-founder of the firm and legal counsel since 1999. An arbitrator of the International Court of Arbitration in Gdynia at Polish Chamber of Maritime Commerce. He also collaborated with the Maritime University of Szczecin as a lecturer at its Marine Officer’s Training Centre.

Slawomir since the very beginning of his professional activity has been related to the maritime industry. He has developed concepts and co-created off-shore structures for Polish shipowners, combining the issues of maritime, commercial, civil law and taxes. He belongs to a small group of the most experienced lawyers in Poland dealing with the flags of convenience.

He is an expert in the field of the second hand tonnage  S&P, financing of such transactions by banks, as well as securing the same. He also participated in the shipbuilding projects involving Polish and foreign shipyards.

He advises Polish and foreign shipowners who operate ferries, tankers, general cargo ships or oil rigs or companies specializing in hydro-technical works. In his career he has also worked with the banks financing the shipping, as well as handled the matter of the shipyards. He has represented shipping clients in litigation, arbitration and administrative proceedings.

Furthermore, he deals with issues of M&A, supporting the acquisition of companies or businesses. He has been involved in the complex processes of transformation of commercial companies, including cross-border mergers, created the concepts of capital groups, corporate governance in these groups, or corporate governance rules. He deals with tax aspects of the client’s transactions, taking care of minimizing risks in this area. 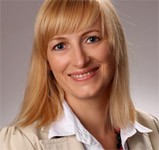 Alina’s interests and practice include civil, commercial and medical law. She is the chief consultant to a private group consisting of a dozen hospitals, hence all the issues concerning the functioning of health care is for her everyday practice. Kind of like maritime law and shipping that are also areas of her specialization. On many occasions, she assisted sales of second-hand ships and dealt with issues related to securing their financing. She supervises enforcement of civil and marine claims and is often engaged in ship arrest and registry matters. On the other hand, in the field of forwarding business, she takes care of the interests of the forwarders against both shippers and carriers.

In addition, she is focused on insurance and labor law. She assists shipowners, carriers, shipyards, production companies, hospitals, architects.

Alina is widely known as an experienced specialist in litigation and arbitration. She repeatedly performed successfully at civil courts of all instances, and often also before the Supreme Court. Always and relentlessly to the end fighting for the interests of clients. She also has numerous achievements in arbitration disputes, mainly representing shipping clients.

She speaks fluent English and German. 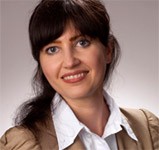 A Partner, legal counsel since 2003. Areas of Katarzyna’s specialization include civil and commercial law, intellectual property law and construction law.

Katarzyna has a wealth of experience in cooperation with developers, construction companies and architects, but also conducted shipyards’ affairs and real estate traders. She oversees both the enforcement of the claims of such entities, and prepares for them the concepts of transformation and the most effective forms of their actions. She has participated in numerous complex transactions regarding the sale or development of real estate, always taking care to minimize the cost of customers.

She also deals with issues related to the financing of the purchase of real estate and securing these transactions. On many occasions she takes care of the interests of investors representing them in proceedings before the organs of local government administration. She is also close to the issues related to seaports, and among her clients are companies that trade fuels and fuel depots. Therefore she is well accustomed with the issues associated with the licenses and permits as well as excise tax.

Katarzyna advises many architects in matters related to the design contracts and copyright. In the past, at one of the cases of copyright infringement, she managed to procure the "arrest" of the entire issue of the book. She has conducted with success many civil cases at Polish courts.

In addition to the partners, the firm’s team is a group of young and dynamic lawyers, both solicitors and trainees. The latter in cooperation with the firm have a chance not only to gain theoretical knowledge, but also gain practical skills and experience with client service. This is achieved with the support and under the supervision of experienced legal advisers.

The most successful lawyers have been with the firm for many years and cooperate as "senior associates." All had apprenticed for their professional qualifications and bar examinations while working with the firm. Each of them has relevant experience and qualifications to manage the affairs of clients independently or in a team with other counselors. Often they coordinate larger projects for individual clients. Among them are specialists in maritime law, transport and forwarding, as well as labor law, medical, copyright, procurement, real estate law, as well as tax experts. They have led and completed with success many civil proceedings, tender procedures, complex transactions in regard to businesses, shares or property of great value, as well as tax proceedings achieving  for multi-million tax returns.